The discovery of electricity to light our homes and power our appliances has made our lives immeasurably easier. But it has also created a blanket of invisible electromagnetic fields (EMF) that surround us throughout our daily life. The modern world is teeming with this invisible electrosmog, which we can’t see or feel but has been found to be damaging to our mental and physical health.

Some studies have suggested that EMF is linked to the increase in cases of serious illness, such as cancer, alzheimer’s and Parkinson’s, along with the rise in anxiety, depression and even infertility. This is why it’s vital to take steps to neutralise EMF in your home to protect you and your family from its potentially damaging effects.

How electromagnetic fields are created

The center of the earth is like a huge magnet. As it rotates, it’s core creates the immense forces of gravity that bind us to the surface and are vital to our existence. These huge forces in turn create EMFs which radiate from the center all the way to planet’s surface.

But while EMF exists as part of nature, the rise of the electric age has caused these fields to become distorted to a dangerous degree. The spread of electric power plants, millions of kilometres of power lines and shunt transformers have electrified the world to an entirely new level. What’s more, our entire homes are now meshed with electromagnetism. The wiring in the walls, TVs, microwaves and all the appliances we use on a daily basis all contribute to the creation of a web of EMF pollution that’s believed to be harming our physical and mental health.

The dangers of EMF pollution

EMF is a form of radiation that travels through the air in waves. Invisible and impossible to feel, EMF is able to penetrate our skin and enter our bodies as easily as air. EMF occurs naturally in low intensities, and our brains and bodies have evolved to vibrate at the same frequency as the EMF waves created by the earth’s core. But due to today’s electrical technology sprawl, the EMF frequency around us has been distorted and is believed to be harmful to our body’s natural rhythm.

In fact, it’s estimated that we are now exposed to 100 million times more artificially created EMFs than our grandparents’ generation a mere 100 years ago. The volume of independent research also suggests this is a problem we are only now beginning to understand and get to grips with.

How our bodies naturally resonate with EMF

Our body’s are a complex system of electrical signals.Our cells, in particular, have been found to have their own electromagnetic field which is vital for health. It’s through this network of electrical impulses and charges that information is passed to our brain to regulate the functions that keep us healthy.

Normally our cells manage this process at an electrical frequency that’s in tune with the natural EMFs created by the earth’s magnetic core, at a frequency of 10 Hz. But the distortion to the EMFs in the world around us, created by electrical wires, appliances and even mobile phones, are causing our bodies to be impacted by EMF waves at a higher frequency then we are attuned to.

Like geopathic stress, EMF radiation isn’t believed to cause serious illness on its own. But through disrupting the healthy function of the body’s cells, it lowers our immune system, artificial EMFs are believed to be making us more susceptible to illness, disease and dangers to our wellbeing.

In fact, some studies have linked the rise in serious illnesses, like cancer, alzheimer’s and Parkinson’s, to the rapid rise in EMF pollution. The BioInitiative Report, first published in 2007 and updated in 2012, assessed that today’s standards for protecting against EMF are completely inadequate to protect against its damaging effects.

Reaction to EMF in the scientific community

EMF radiation is a modern day problem, and we are now only just seeing its impact on our health and wellbeing. While the World Health Organisation has yet to categorically recognize the links between EMF and the rise in serious illness, numerous studies by independent research organisations have raised alarm at the dangers of EMF, particularly in cellphones:

“The evidence for risks from prolonged cell phone and cordless phone use is quite strong. For people who have used them for 10 years or longer, mainly on one side of the head, the risk of malignant brain tumor is doubled for adults and is even higher for persons with first use before age 20.” ~ Brain tumor specialist Dr. Lennart Hardell, MD, PhD, Orebro University Hospital in Sweden

“There is a strong evidence that EMFs and radio/microwave frequencies are associated with accelerated aging (enhanced cell death and cancer) and moods, depression, suicide, anger, rage and violence, primarily through alteration of cellular calcium ions and the melatonin/serotonin balance.” ~ Dr. Neil Cherry of Lincoln University, New Zealand

The National Institute of Environmental Health Sciences concluded EMFs “should be regarded as possible carcinogens.”, based on an extensive review of 2,000+ such studies.

How to protect yourself from EMF when you sleep

It is impossible to avoid artificial EMFs altogether during your daily life but you can take steps to reduce and even clear them from your home.

You are most vulnerable to EMF at nighttime when you go to sleep. This is because you need this time for your brain to recuperate and to replenish your body and its blood cells. This process can be inhibited if there are high levels of harmful EMF in the room, because your brain and body will expend all its energy fighting them off rather than rejuvenating.

A most reliable option is to install a Vital Symbols crystal harmonizer at home. These are specially designed plates based on combined energetic, linear arithmetic and geometric symbols and shapes, which harmonize any harmful EMF radiation by balancing its frequency to a safe level in tune with our brains and bodies.

Vital Symbols Harmonizers neutralize all EMFs by simply being placed in your home, shop, or office. Their effectiveness does not reduce by time, so they actually operate indefinitely. Also there are available harmonizing cards specifically designed to be attached to the back of devices that are known to create high levels of EMF pollution. This includes harmonizers for cellphones, refrigerators, microwave ovens, TVs & monitors, computers and WiFi routers.

19 thoughts on “How to Get EMF Protection For Your Home”

Harmonize the energies around you, improve your life! 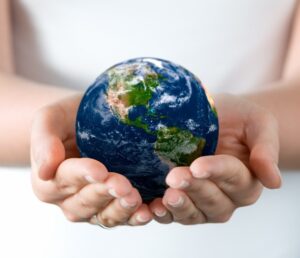